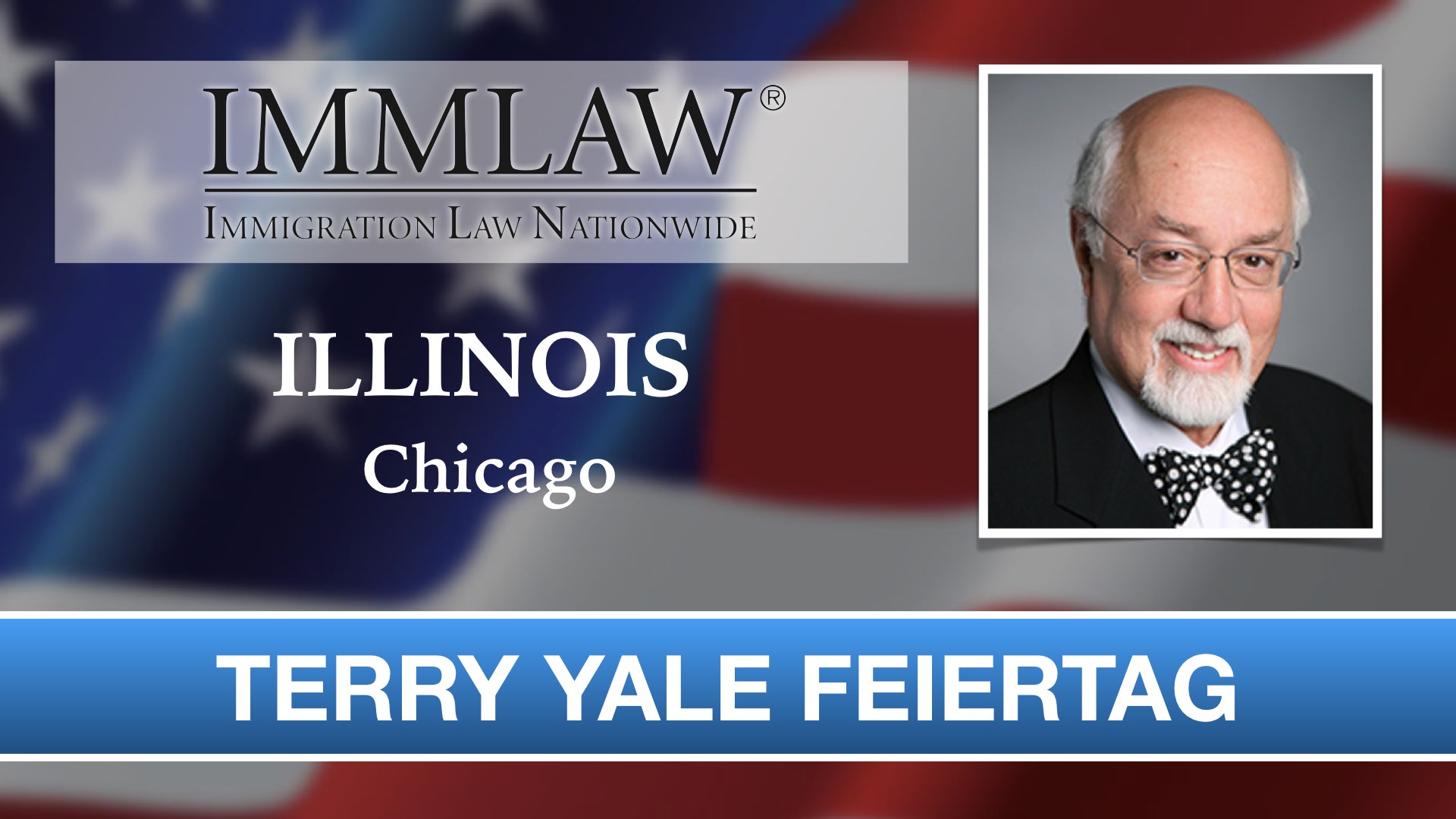 Mr. Feiertag is a past chairman of the Greater Chicago Chapter of the American Immigration Lawyers Association (AILA), a past editor of the Immigration Journal, and is co-editor of Immigration and Naturalization Practice (1988), a publication of the Illinois Institute of Continuing Legal Education. He is a frequent lecturer on immigration law issues to bar and business groups, and is a founding member of IMMLAW, the National Consortium of prominent immigration attorneys in the United States. In 1983, the National Law Journal named him one of the most prominent immigration attorneys in the country. He has been selected for inclusion in Woodward/White’s The Best Lawyers in America; Martindale-Hubbell’s Bar Register of Preeminent Lawyers; ARC’s Leading Illinois Attorneys; Law Business Research’s An International Who’s Who of Corporate Immigration Lawyers; and the Illinois SuperLawyers. He was a member of the Board of Directors of the International Theatre Festival of Chicago until it ended its ten year run in 1995; was a member and former chairman of the Board of Directors of the Arts and Business Council of Chicago; and is a founding member of the Lawyer’s Advisory Board of the Midwest Immigrant Rights Center (MIRC) now known as the National Immigrant Justice Center (NIJC), and was given the organization’s Light of Human Rights Award in 2011.