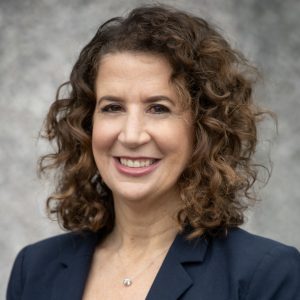 Nicole Simon has been practicing U.S. immigration law since 2001.

Nicole is the Managing Partner of Landau, Hess, Simon, Choi & Doebley. She represents businesses and individuals in all areas of immigration law, including employment-based nonimmigrant and immigrant visas, family-based cases, and naturalization. Among Nicole’s clients are colleges, universities, hospitals, non-profits, and large and small private employers. Her practice includes counseling employers on I-9 and related employer compliance issues.

Nicole has presented extensively on business immigration topics at American Immigration Lawyers Association (AILA) local and national conferences and has lectured on immigration options for foreign national students, physicians, and researchers at universities and professional scientific organizations. Nicole is listed in The Best Lawyers in America.

Since 2014, Nicole has served on numerous prestigious national committees for AILA in various leadership capacities including as Vice Chairs of USCIS Case Assistance  Committee and USCIS Service Center Operations Liaison Committee, Vice Chair and Chair, USCIS Vermont Service Center Liaison Committee, Member, USCIS Ombudsman Liaison Committee, and Member, USCIS HQ/Benefits Committee. Her leadership role within AILA has resulted in her participation in numerous immigration alerts and practice pointers on recent changes to the USCIS procedures and on more substantive topics such as how to respond to an H-1B specialty occupation Request for Evidence, all of which are relied upon by her peers in the immigration field to enable them to better represent their clients. These practice pointers and alerts are published on AILA’s website for the benefit of the organization’s more 15,000 members. In addition, Nicole was recently invited to be a speaker for tutorial videos on H-1B specialty occupation visa petitions for AILA’s new video learning site, AILA University, for the benefit of the thousands of AILA members new to business immigration.  Nicole has written and presented on the complex intersection of Temporary Protected Status (TPS) holders seeking eligibility to adjust status, i.e. becoming lawful permanent residents of the U.S.

Nicole graduated with honors from the University of Wisconsin at Madison with a B.A. in English and earned her J.D. from the University of Pennsylvania in 2001. She is a member of the State Bar of California and has been practicing immigration law exclusively since 2003. She is proficient in both French and Spanish.