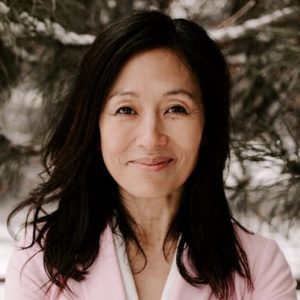 SUSAN S. IM earned her B.A. degree from the University of Michigan and her J.D. degree from Wayne State University Law School. Following graduation, Susan worked as litigator in a large firm but left to build a successful solo immigration practice and thereafter a boutique immigration and employment law firm with labor and employment law colleagues, which eventually merged with a larger multi-practice firm in Grand Rapids. Although repeatedly pursued by national and regional law firms over the years, in late 2010, Susan founded ImLaw to offer clients the benefits of a personal level of service, backed by over 20 years of experience resolving complex immigration cases for clients that include small to medium-sized employers, Fortune 100 and 500 companies, individual and corporate investors, students, fiancés, and other individuals.

Most recently, Susan Im was appointed by AILA National’s President to serve as Chair of AILA National’s USCIS Service Center Operations Liaison Committee (SCOPS) from June 2019 through the present. In 2020, the AILA USCIS SCOPS Committee was renamed the USCIS Case Assistance Committee (CAC) and is comprised of 27 AILA attorney committee members. Susan is a past President of the former Asian Professionals Organization (APO), now the West Michigan Asian American Association (WMAAA), and past Immigration Chair of the Michigan Governor’s Advisory Council on Asian Pacific American Affairs (ACAPAA). Susan’s charitable work has also included serving on the board of directors of In the Image, a nonprofit organization dedicated to serving families and individuals in need.

In 2019, Susan Im of ImLaw received the “Best Lawyers” designation by U.S. News & World Report. In 2020, Susan made Grand Rapids Magazine’s 2020 list of “Top Lawyers”, voted in by her legal peers. She has earned the “Leading Lawyers” distinction in 2021, 2019, 2018, and 2014. Leading Lawyers conducts in-depth research of Michigan attorneys and sent surveys to over 32,000 Michigan attorneys. Leading Lawyers awards are earned by fewer than 5% of all attorneys licensed to practice law in Michigan and are awarded to the lawyers most often recommended by their peers in statewide surveys. Susan Im was also selected as Corporate INTL Magazine’s “Immigration Law – Lawyer of the Year in Michigan” in 2013.

Away from work, Susan enjoys daily exercise for a boost of energy and to de-stress. She loves to cook on the weekends for family and friends and is a huge lover of dogs, beaches, sunsets, Michigan summers, and Korean karaoke (“noreh-bang”). Although she grew up watching Detroit Tigers baseball with her father and brothers, in the last several years, Susan is often found on a soccer or futsal sideline watching her two sons play the beautiful game.