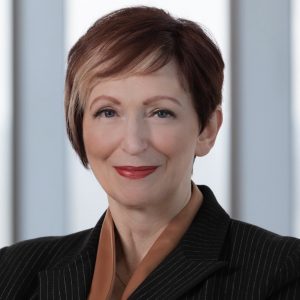 Lori T. Chesser has been practicing U.S. immigration law since 1987.

Lori has spent countless hours advocating for law change with community and immigrant groups, as well as providing pro bono legal services along with her team.

Lori Chesser is a senior shareholder and chair of the Immigration Department at Dentons Davis Brown  in Des Moines, Iowa.  Her practice encompasses business immigration, employment verification (I-9 review, audits and E-Verify), and family immigration.  She leads a team that covers almost all aspects of immigration law and attorneys in the firm practice in related areas including employment, tax, health, corporate formation and contracts.

Lori was the co-founder of the Iowa/Nebraska chapter of the American Immigration Lawyers Association (AILA) and has continued her service to AILA on national committees and as a speaker and author.  She is the past chair of the Board of Trustees of the American Immigration Council and has also been active locally in educating about immigration law and policy and advocating for immigrants and immigration reform.  She also serves as a source for local and national media regarding immigration issues, especially regarding worksite enforcement and immigration reform efforts.