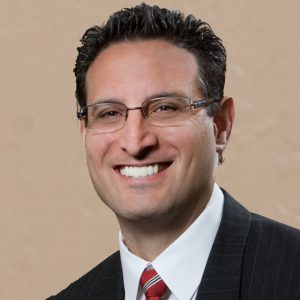 Tarik H. Sultan has been practicing U.S. immigration law since 1993.

Listed in International Who’s Who of Corporate Immigration Counsel

Board of Directors, North Swan Association
Board Member, 2014-present

Annual Essay Contest Program “Why I Am Glad America Is A Nation of Immigrants,” American Immigration Lawyers Association 1999-Present.

Border Crossings 2007 – Using Non-Citizen Workers and Protecting Your Clients Who Do, DRI Employment Law Publications, May 2007.

I-9 Verification and False Claims to Citizenship, West Publishing, February, 2003.

University of Arizona College of Law

Tarik H. Sultan has concentrated his practice exclusively in immigration law, both in private practice and as an attorney in the U.S. Department of Justice with the U.S. Immigration Court.

He has been listed in The Best Lawyers in America for immigration law since 1999 and SuperLawyers since 2007 as one of the top 5% in immigration law. Mr. Sultan has the highest “AV” rating in the Martindale-Hubbell legal directory and is listed in the Bar Register of Preeminent Lawyers. He was selected as the 2012 U.S. News Best Lawyers Lawyer of Year in Tucson for the field of immigration. Prior to forming Wolf & Sultan P.C., he practiced in the corporate immigration practice group of a 600+ lawyer international law firm.

Mr. Sultan’s practice is focused in all areas and aspects of immigration law, with a particular emphasis in employment-based visas and employer sanctions defense. He has served as a Director on the National Board of Governors for American Immigration Lawyers Association, as well as on numerous national liaison committees with the Departments of Labor and Justice.

In additional to teaching immigration law, Mr. Sultan frequently testifies as an expert on matters involving immigration and nationality issues. He is a graduate of the University of Arizona College of Law, where he served as Managing Editor of the Arizona Journal of International and Comparative Law.